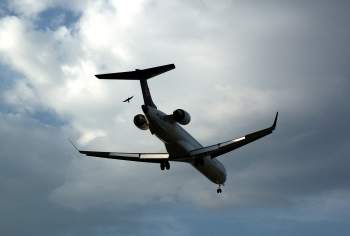 The history of OEM vs. PMA brake parts manufacturers is a long war of words.

“PMA” is an acronym for “Parts Manufacturer Approval.” It is both a design and production approval issued by the FAA. Basically, the FAA permits the manufacture of replacement parts for aircraft if the part has been tested and meets FAA standards for airworthiness and the part is manufactured in accordance with FAA approved procedures.

The replacement parts market started back in the 1950s with specialty manufacturers catering to enthusiast pilots in need of parts for obsolete WWII planes. Gradually, small manufacturers sprung up to offer replacement parts for contemporary aircraft. Over the years, regulations were added that more closely aligned the certification rules for the PMA parts industry with those of the OEM and Production Certificate holders.

In 2011, FAA Part 21 regulations were revised. They now more clearly identify PMA as a special type of production certificate and eliminate many distinctions between OEM and PMA manufacturing. PMA regulations now also reference FAA regulation 21.137, which is the regulation defining the elements of a quality system for all production approval holders.

For years, OEMs not only enjoyed a virtual monopoly on replacement parts, they also had carte blanche to raise their already high prices every year. Great for OEMs, terrible for flying enthusiasts. Compounding the misery, OEM parts were often backordered for weeks or months.

The surge in commercially available PMA Approved replacement parts as we know them today didn’t come until the 1990s. As you can imagine, OEMs were in a panic, as they've never seen competition before. A brake they used to charge $3,600 for was hastily marked down to a more competitive $800. In an effort to salvage their lucrative replacement parts business, they embarked on an unfounded smear campaign against PMA parts.

Over the years, OEMs have tried just about everything to make you think PMA parts are inferior to OEM parts.

For instance, one OEM ran an ad showing a pathetic Elvis impersonator with the headline “Let’s face it, lookalikes never perform quite like the original.”

The ad earned them a public slap down from the FAA. In a Special Airworthiness Information Bulletin, the FAA stated that when they approve a PMA part they fully expect:

“the industry will treat that approval with the respect that a decision of the FAA deserves, and that furthermore, such parts are entitled to the full recognition of the FAA’s approval, and it is not up to the engine manufacturer to say that installation of a PMA part is wrong or invalid.” - view more information on the FAA statement

In 2011, GoodRich-Messier, Inc. tried to pull a fast one by requiring anyone accessing their technical publications to agree to not use any PMA parts- and to install "only Goodrich-Messier, Inc.-authorized parts...during maintenance and overhaul." They claimed there were concerns about parts not authorized by Goodrich-Messier, which "may compromise the performance and reliability of the wheel(s) and braking system." Nice try, but it didn't fly. 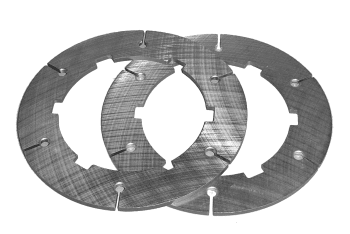 While OEM brake parts get their approval authority simply by virtue of being on the aircraft when it was originally certified as a whole, we earn our approval by actually proving the performance of the brake parts themselves.

We document hundreds of design landings using a full-scale wheel on a state-of-the-art brake dynamometer before we even get approval to conduct a strict FAA-mandated flight test. A complete flight test includes landings at various weights, water contaminated landing conditions and max-weight rejected take offs (RTO). We have to prove compliance with applicable airworthiness standards and substantiate that the PMA-candidate part is equal to or better than the original OEM part.

Since we take safety and engineering seriously, we make sure our parts don't just meet the FAA’s performance standards and airworthiness requirements, we typically exceed them.

RAPCO Fleet Support is Your Best Source for PMA Parts

Since 1987, RAPCO Fleet Support has been providing high-quality FAA/PMA approved brakes and brake parts to airlines and parts distributors all over the world. Our parts help reduce costs with absolutely no compromise on safety, performance or durability. From our central location in southeast Wisconsin, we ship promptly to customers all over the country. Learn more about Rapco Fleet Support and why our PMA parts are among the best in the industry.

Back in 2008, in response to persistent lobbying by fear mongering OEMs who claimed PMA parts were still a threat to aviation safety, the FAA undertook an extensive Repair, Alteration, and Fabrication (RAF) study.

Besides reviewing all the regulations, policies, and practices pertaining to the PMA approval process for replacement parts, the FAA study also took a critical look at the real world performance of PMA replacement parts to get a picture of how they might be failing and how often.

Conclusion: There was no evidence of failures or unsafe conditions caused by PMA parts and, despite a substantial increase in their use, there was no proportional increase in service difficulties or airworthiness directives on PMA parts.

What About Parts for Aircraft Serviced in Foreign Countries?

The FAA realized years ago that aircraft production is often a global endeavor. Anticipating issues with differing standards around the world, they formulated a plan for global regulatory oversight to ensure the airworthiness of parts from any country.

We carry PMA brake parts for aircraft including:

To guarantee consistent quality, the FAA developed Bilateral Aviation Safety Agreements (BASAs). These agreements mirror the rigorous certification and approval process required for FAA Parts Manufacturing Approval in the United States. So, no matter where in the world you go, an FAA-PMA part provides consistent quality.

Rapco Fleet Support has a network of international and exporting distributors. Locate the RFS brakes distributor nearest you.